If you missed the first part, check it out here and the second part here.  In those posts, I talked about how I’m building built in bookshelves on either side the french doors in our home.  I’m going for the custom built-in look with Ikea Billy Bookshelves as a starting point.  I explained how to paint Ikea billy bookcases, how to assemble them, and what color I painted the back of the bookcases.  This post will be all about how to attach a built in bookcase to the wall, and how to assemble Ikea bookcases.

Progress! The custom DIY built ins are now installed and secured to the wall. These babies aren’t going anywhere.

To install the overhang, I bought 5 of these L brackets and two corner braces. 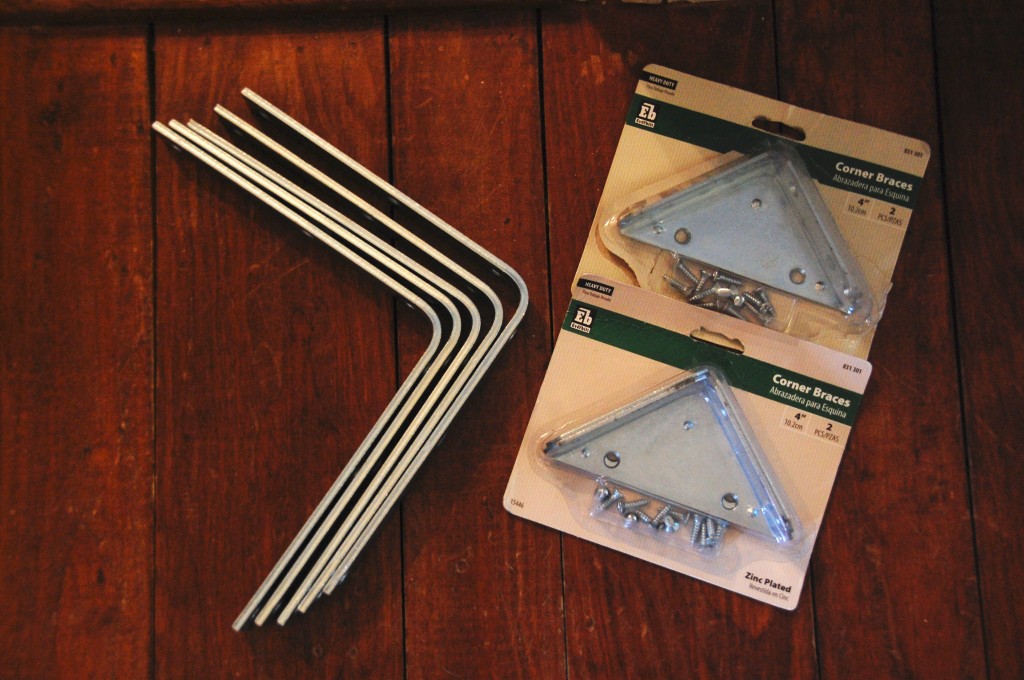 We wanted the overhang to sit further off the wall than the tall vertical shelves to give it some dimension. To make the overhang sit further out, we screwed some 2×4’s into the studs.  I trimmed these with the miter saw.  TIP: for tips on how to use a miter saw for beginners, check out this post! 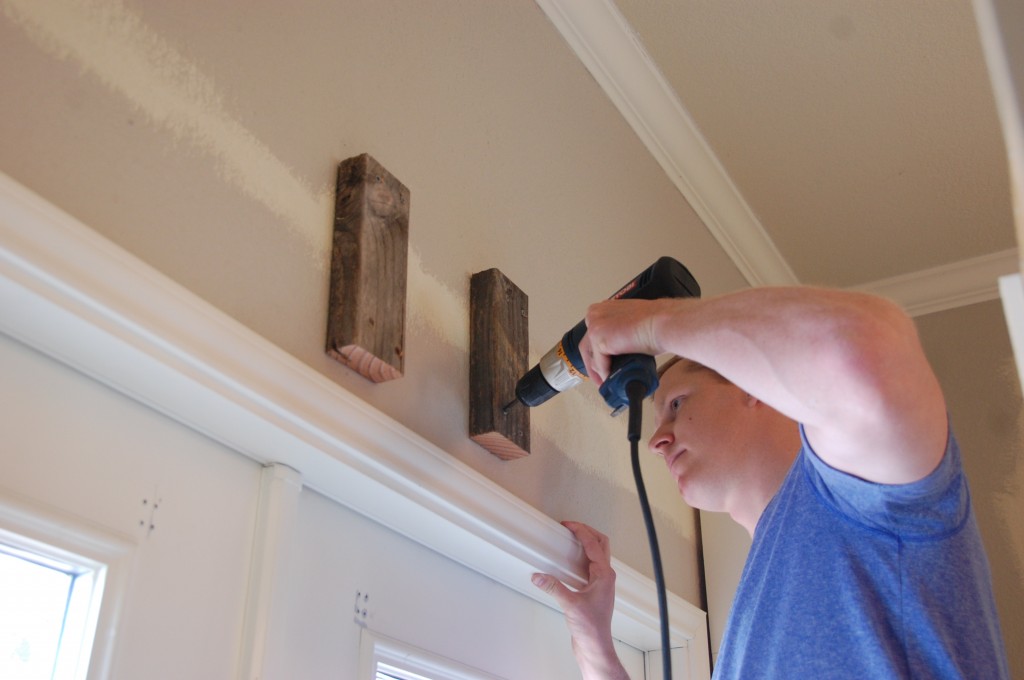 Then we added the L brackets to the studs (leveling as we went) so the overhang can sit on them. 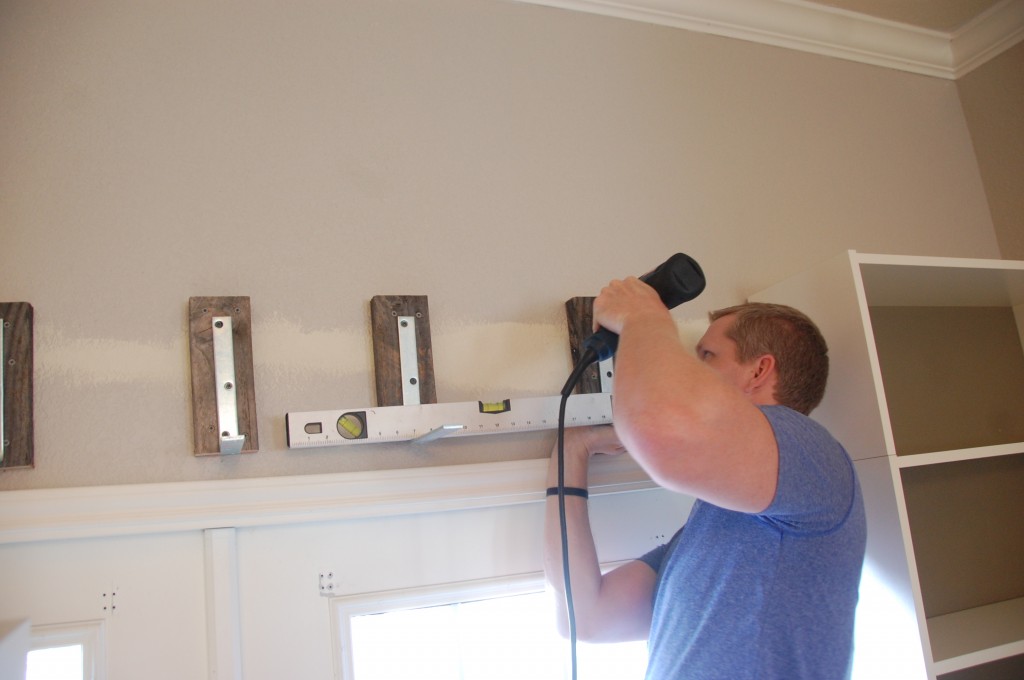 …then screwed the overhang into the L brackets.  (These brackets will be covered up, more on that later).

Q: How do you attach a built in bookcase to the wall?

A: For some added security, we used two corner brackets to secure the top of the overhang to the wall.  If you aren’t able to screw them into studs, be sure to use dry wall anchors. 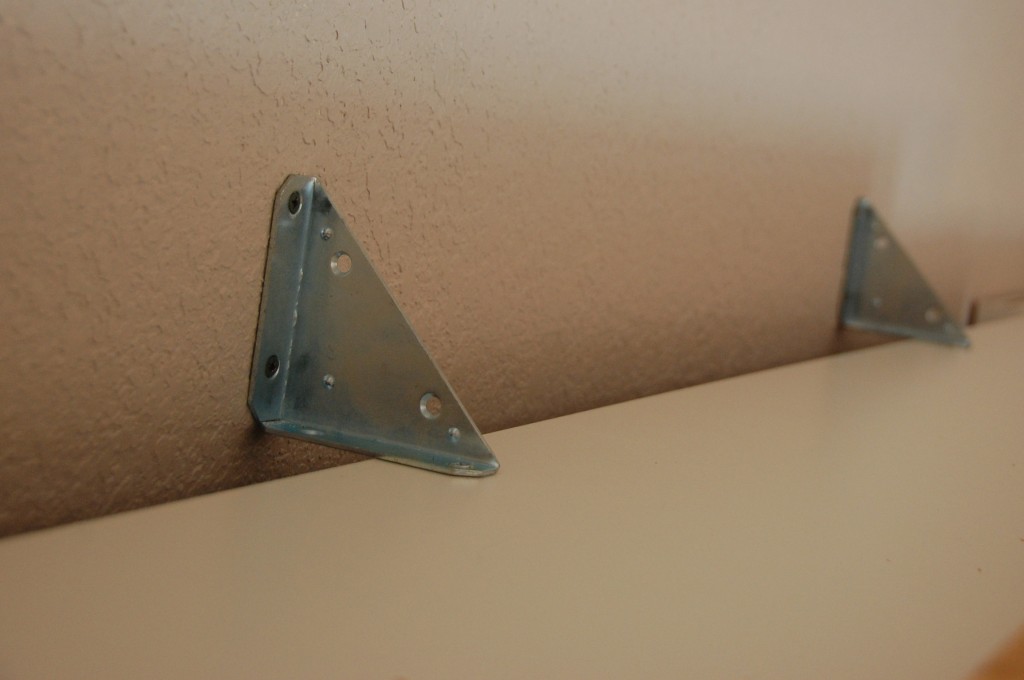 We needed a base to raise up the tall vertical shelves so that they would be level with the top of the overhang . The first layer was secured with my new Kreg Jig (this thing is the icing to my DIY cake…can’t wait to use it again). 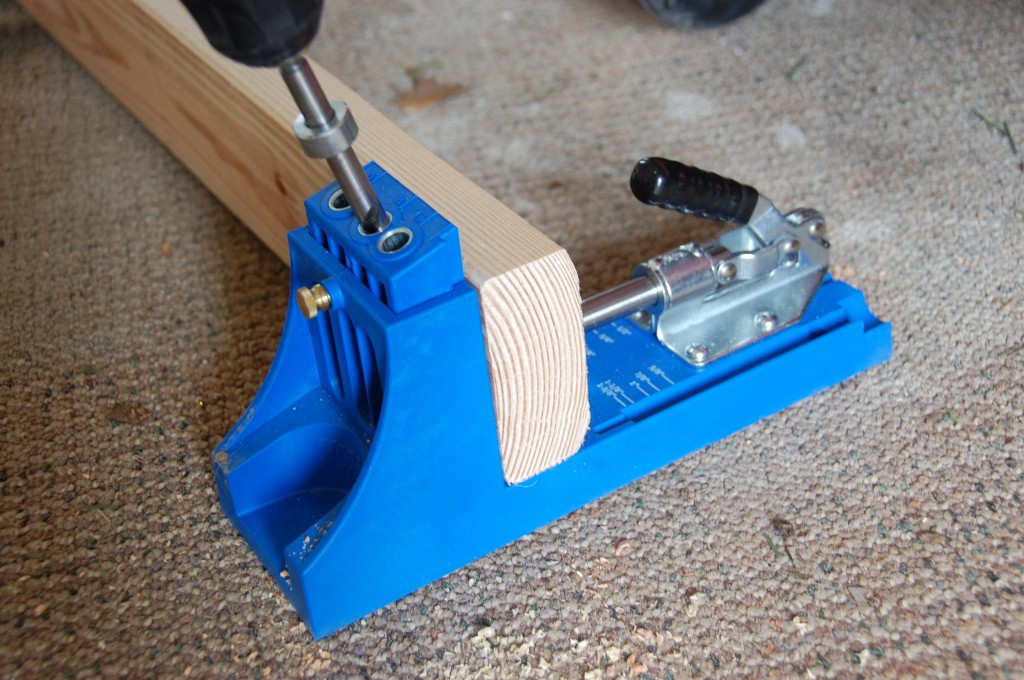 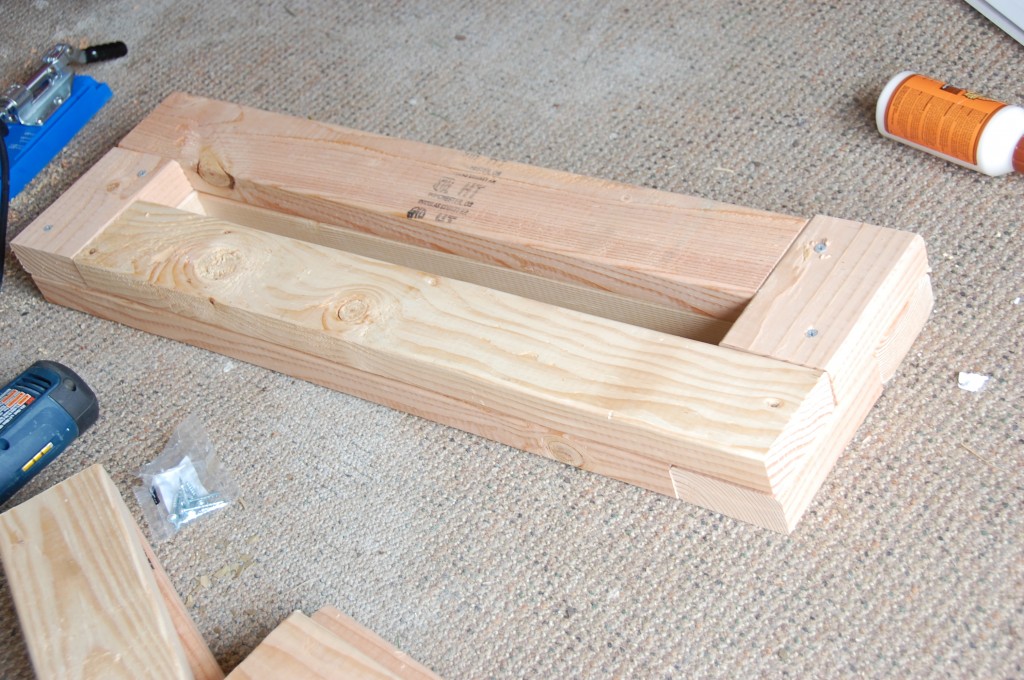 In order for the tops to be level, the base needed to be 4 layers high. 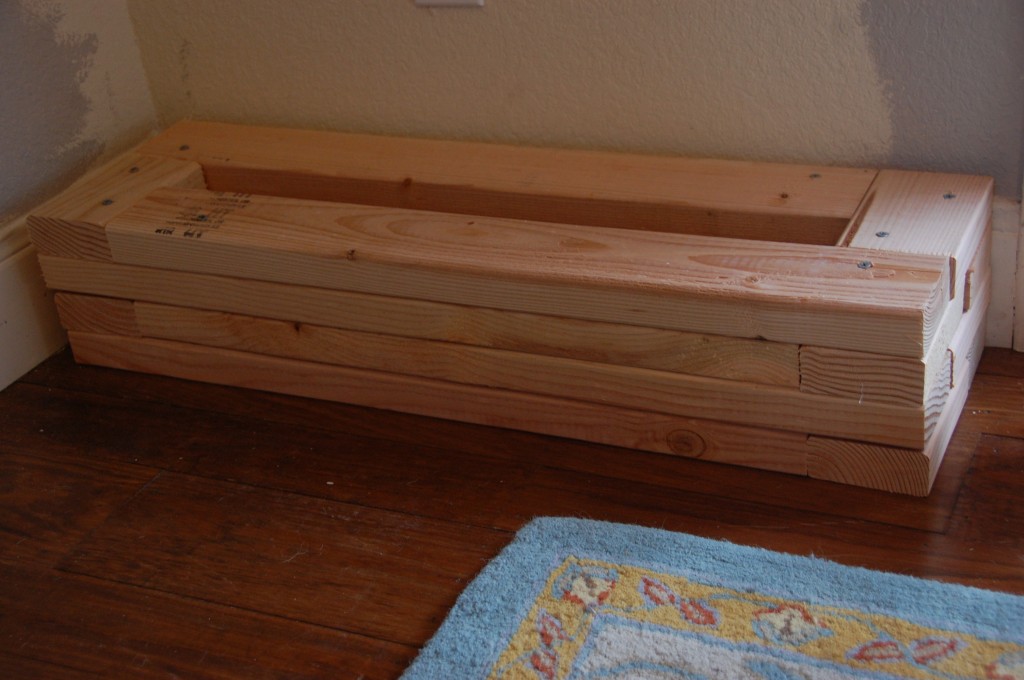 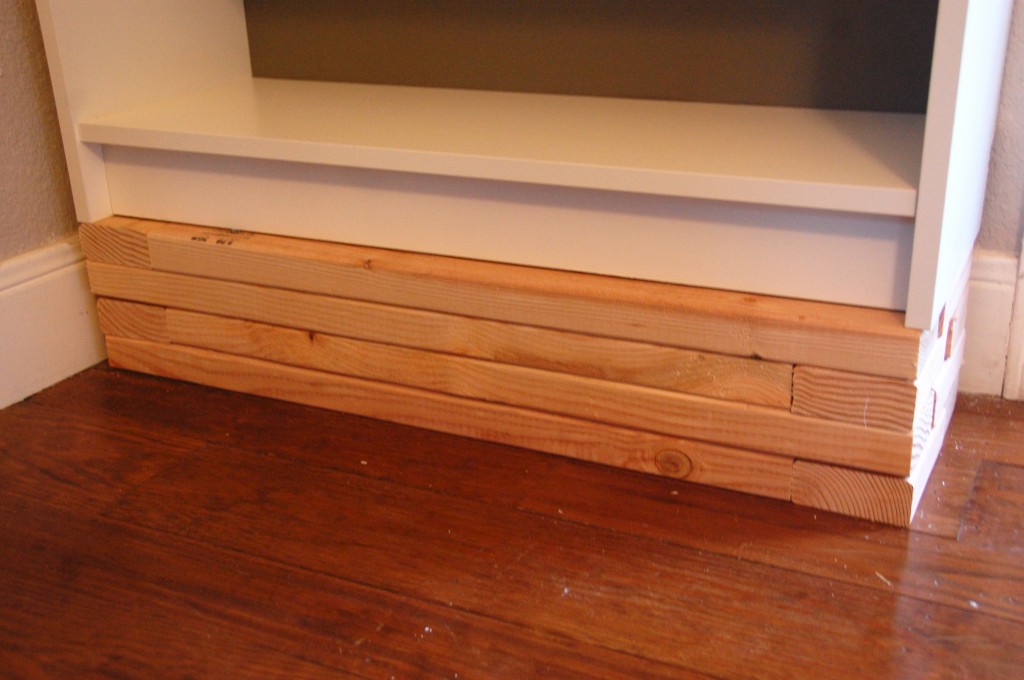 So now the tops are all level and the overhang sits out a bit for the dimension we wanted!

RELATED: For another Ikea hack project, check out this Ikea Rast Hack here. 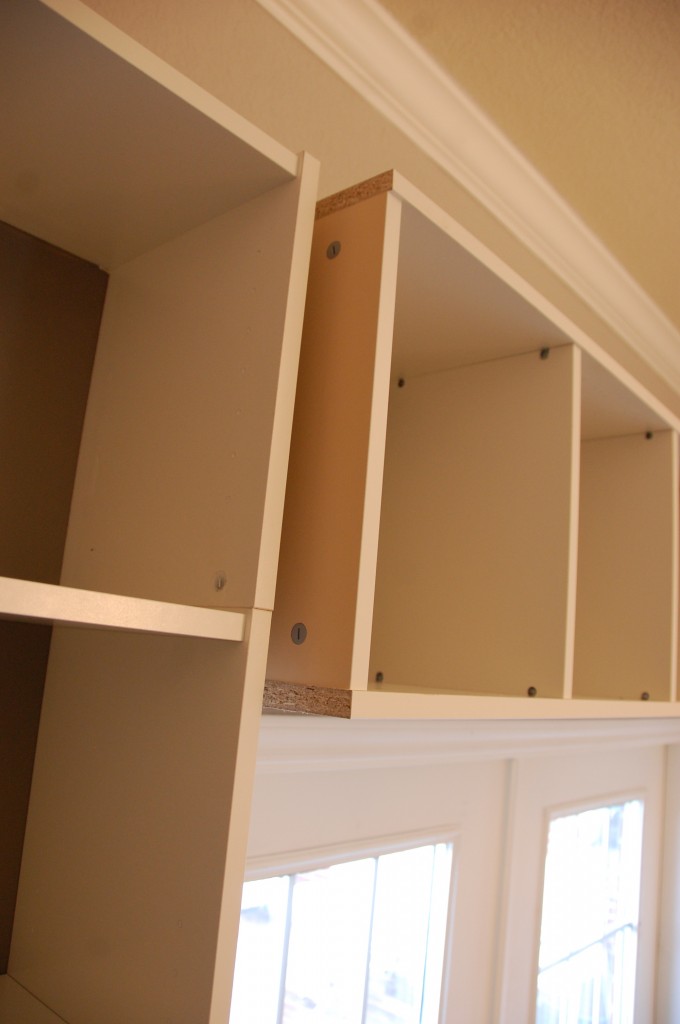 Here is where we attached the side of the built in bookcases to the wall again. We used the brackets that came with the Billy bookcase system to attach it to studs in the wall. 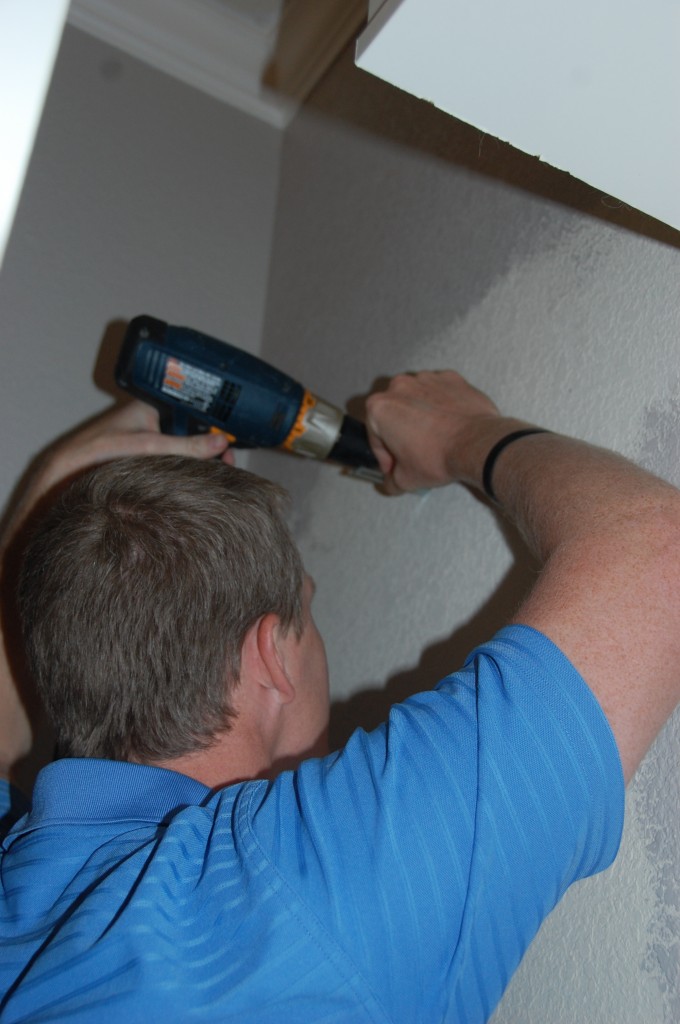 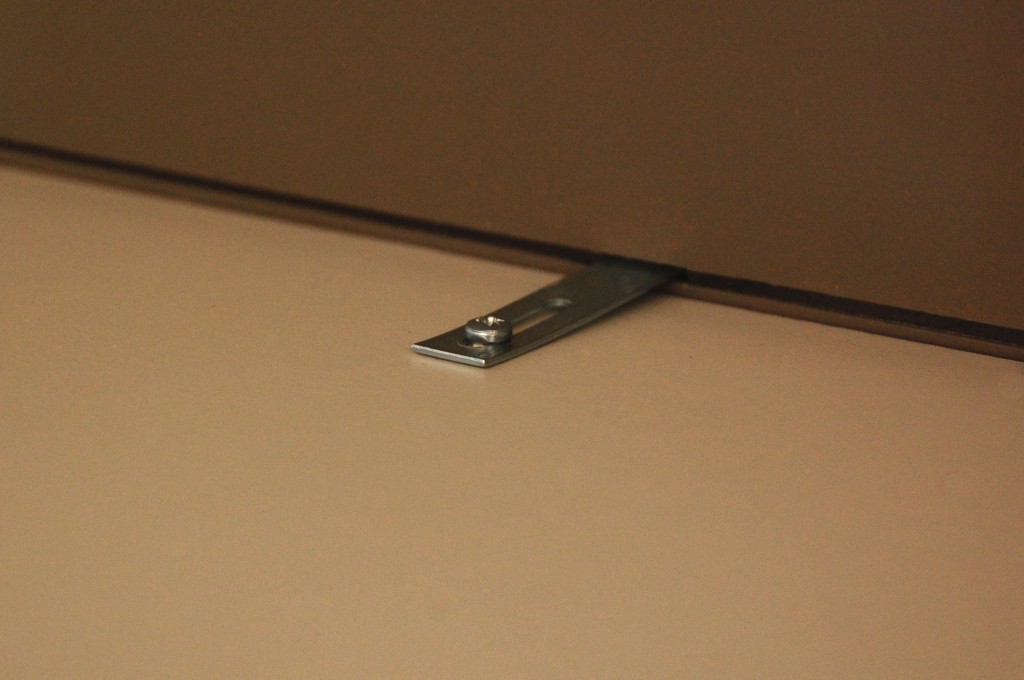 So here we are now!  I’m starting to see the tall custom wall bookshelves coming to life! 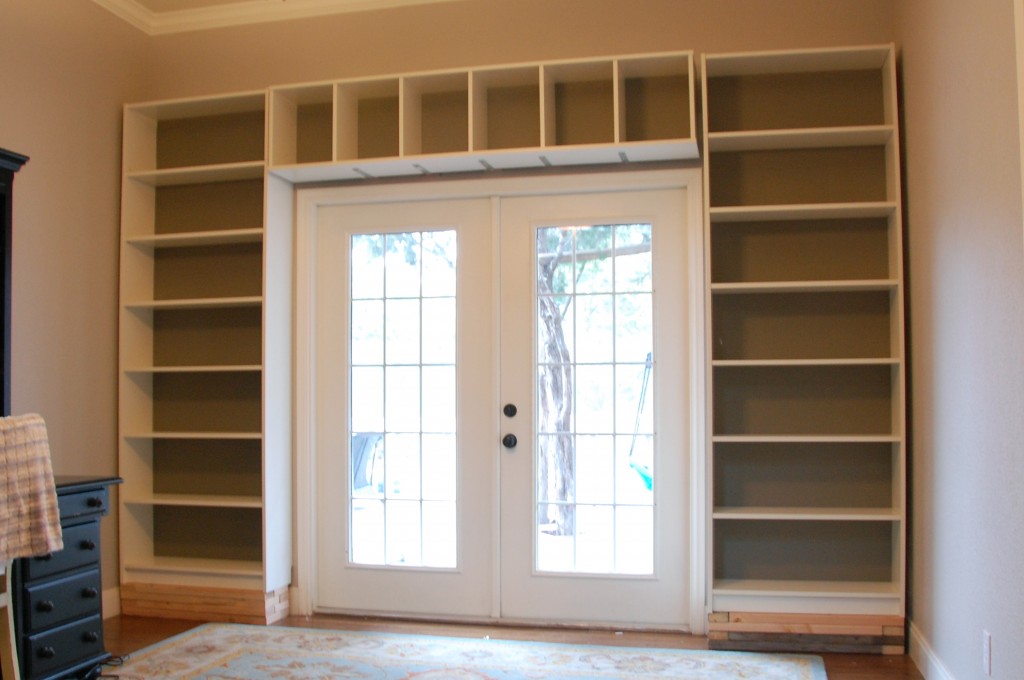 Next, we will be updating the Ikea bookshelves with crown molding and baseboards to give it the seamless look!

Check out the web story for how to make custom built-ins using Ikea Billy bookcases here!

This post may contain affiliate links, which means I’ll receive a commission if you purchase through my links, at no extra cost to you. Please read full disclosure for more information.

Want more ideas? Subscribe below to receive projects, free plans, and tutorials to your inbox!

Hi, I’m Suzie! I’m a self-taught woodworker, DIY enthusiast, house-to-home transformer, endlessly curious maker, mom and wife. Building and making is my passion. Creating a home with my own two hands is my jam!
Read More